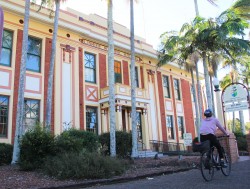 The award-winning Lismore Museum has one of the best historical collections in regional Australia. The all-volunteer museum is managed by the Richmond River Historical Society, which since 1936 has collected, preserved, displayed and disseminated the fascinating history of this multicultural community of some 140,000 people.

The community of the Northern Rivers region of New South Wales values its long history. Aboriginal people arrived 60,000 years ago. Tribal groups of the Bundjalung Nation moved through this fertile region between the Clarence River and the Queensland border, following food resources and participating in social gatherings. Since 1840 diverse immigrant groups have also settled in the region. Escaped convicts from Moreton Bay moved through in the 1830s and told stories of the riches to be found. In the 1840s cedar-getters and squatters arrived, followed by farmers, traders, saw-millers and sailors, who established villages through the region. An Italian village was established by Italian refugees at New Italy in the 1880s, adding to the rich social tapestry of the region. In the last few decades of the 20th century, following the 1973 Aquarius Festival in Nimbin, members of the counterculture movement added to the diversity of the region’s inhabitants.

The story of these peoples is told in the displays and research archives of the museum. Descendants wishing to understand their origins, and newcomers wanting to discover the area’s history, visit the displays and may also research in the extensive archives. 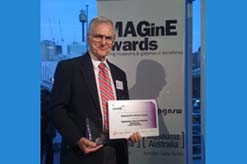 Over the past decade the Museum has won a number of prestigious awards. In 2008 it was a winner at the inaugural IMAGinE awards, which honour the achievements of the NSW and ACT museum and gallery sector and those who work within it. The Society won the award for excellence and innovation in the volunteer organisation category, based on its nomination as a leading example of best cultural and museum practice when developing Indigenous projects. The nomination for the award cited the Society’s long relationship with the local Bundjalung community, and in particular the development of the Goories Playing Sport exhibition to coincide with the 37th NSW Annual Aboriginal Rugby League Knockout Carnival hosted in Lismore in 2007.

In 2009 the Society won two more IMAGinE awards, one for Collection Management and another for Excellence. In 2010 Lismore Museum won an award for the best regional museum in Australia, as well as the best volunteer-run Museum. These awards were part of an ABC Radio National competition and our museum was chosen from 100 museums across Australia.

Come check out our new look! We've been using our lockdown time to add some major improvements to our foyer. Opening from Monday 20th September 10am. We look forward to welcoming back our researchers and visitors.
... See MoreSee Less

Over a 100 years a go the Northern Rivers community was hit by a pandemic similar to Covid-19, they were told to wear masks but like today some people refused.